In this Episode Seren, Doc and Adam chat about the comics released so far this month. Things get particularly deep talking about Ms Marvel as they always seem too, Secret Warriors discusses that jaw dropping moment and we finally take a look into Once and Future Kings – the most recent take on the Black Bolt, Maximus and the Inhumans origin story. Contact us: theshow@attilanrising.com Twitter: @attilanrising1

Seren, Doc and Adam are joined on the show by Christian Ward to talk about Black Bolt and his previous work at Image and beyond. Christian was an absolute joy to have with us on the show, and we congratulate him on the birth of his little girl. Chat to us: theshow@attilanrising.com @attilanrising on Twitter

In this Episode Seren, Doc and Adam do the usual roundup of the most recent books to date, this episode has Ms Marvel 20, Secret Warriors 4 and Royals 5. Chat to us: theshow@attilanrising.com @attilanrising on Twitter

In this episode Seren and Doc (no Adam, boo!) are joined by Shaun Martineau from the Mixed Marvel Arts podcast. The usual reviews happen, including the news of the Inhumans TV Show. Comics reviewed are Royals #4, Black Bolt #3, Secret Warriors #3 among others. 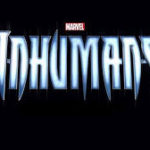 What’s this, another interview?! Seren, Doc and Adam are joined on the show by Al Ewing to talk about his current books at Marvel – most importantly Royals. It’s a long episode filled with a lot of talk and interesting stuff! Chat to us: theshow@attilanrising.com @attilanrising on Twitter

This episode is a very special one for you all! Seren, Doc and Adam have a long chat with Saladin Ahmed about the book Black Bolt with it’s future at Marvel, his personal experiences and generally a really fun and informative chat. Chat to us: theshow@attilanrising.com @attilanrising on Twitter

This episode we chat about the ending to Mosaic – which is sad. But then we talk about how much we loved it and Geoff Thorne as well as the other comics out this month, like Secret Warriors #2, Moon Girl and Devil Dinosaur #19 and Royals #2. We also briefly chat about the Inhumans TV show and Adam’s trip to London MCM Comicon.

In this Episode Seren, Doc and Adam talk about all of the more recent Inhuman books from Marvel, also talk briefly about the Inhumans show as well as an interesting question posed to Seren on Tumblr. But most importantly, Black Bolt #1 is out! We had a great time talking about what we enjoyed. 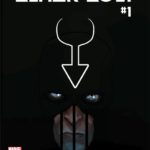 As you may have noticed, I’m not Doc. Us at Attilan Rising decided that I will take on the review duties for Black Bolt as long as it stays in print – we don’t want to burn out Doc!

Of course, for regular listeners of the Podcast you already know just how excited I was and am for this book. Although Saladin Ahmed is a relative unknown to me, I’ve been told that he’s a brilliant writer and can really write a hero. However, the reason I’m excited for this book is the Art, Christian Ward has been a favourite of mine since I picked up ODY-C last summer, a book that I really urge you to buy if you are interested in the idea of classic literature being turned into Comicbook form. Christian Ward has a flare that I just can’t get from any other artist, he’s just so unique!

But gushing aside, let’s delve into the actual content!

The first thing I noticed is that it is a true #1 and it’s definitely a comic trying to appeal to those who are starting out with comics, which is definitely a good thing! 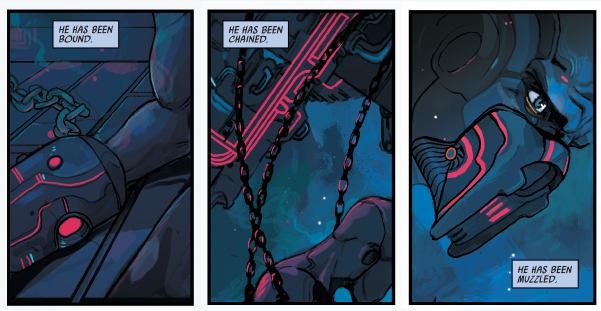 The story begins where Inhumans Prime ended, after Maximus did the obvious switcheroo Black Bolt has been bound, chained and muzzled, he’s in prison being held captive by someone – we don’t know who.

Black Bolt begins recalling who he is, why he is there and there is a lot of description of what I can only imagine is Black Bolts inner monologue, whether or not that’s because Saladin Ahmed is a novelist and prefers writing in the third person – I’m not sure, but either way, in this situation I was imagining Black Bolt speaking within his own head.

The following pages talk about the events leading to Black Bolts incarceration, a trick caused by Maximus himself. Black Bolt recalls his queen, son and brother. At this point Black Bolt seemingly realises he needs to escape to protect them – if you follow Royals I’m pretty sure Black Bolt is correct. 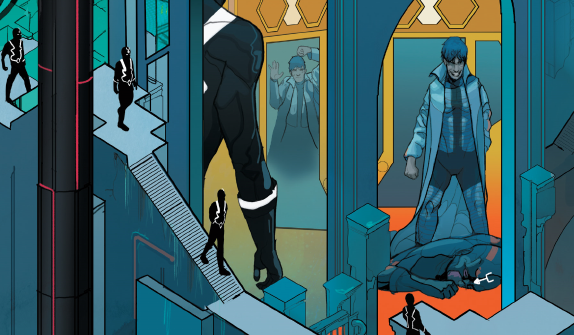 At this point I feel like I need to just comment on Christian Ward’s art, like I’ve said before in both the Podcast and in this Review – Christian Ward has a spectacular style that I really love. Everything has clear defined edges, but yet the colouring gives it something chaotic, if you’ve read ODY-C you will know exactly where I’m coming from, whilst Black Bolt is probably slightly reigned in from ODY-C you can still see that his use of colour to bring attention to different parts of the page. It is utterly beautiful on the eye.

Back to the story – this is where it gets weird, because Black Bolt being the hero that he is, hears a scream and goes to investigate, finding someone called “Blinky”. Blinky is a child, dying. This part of the book does get a bit weird, because out of nowhere comes Carl “Crusher” Creel. If you followed Christian Ward and Saladin Ahmed on Twitter then you would already have known of his inclusion, but it does seem an odd inclusion considering where we are.

Black Bolt then gets into a scuffle with Crusher and ultimately using his skill and acumen defeats Creel easily, which again – we’re allegedly in a Kree Prison surely there are alien metals there that he can absorb? Also I’d personally like to know why Creel is there in the first place, considering the events of Illuminati.

Whilst my Tin-foil hat conspiracies got too much for me, the book then became weirder. We’re introduced to a really interesting character… The Jailer, he is a complete unknown at this point. Black Bolt knows he’s evil, we see he’s evil and all goes to black. We are given an insight that this is a prison that was meant to hold Maximus, so are there mind games afoot?

I’m not going to spoil the rest. It’s a single page and it takes some seeing to really get the gravity of what’s going on.

So, overall, this book is genuinely really good. As an opener for a series I think it really does the job – Saladin has done really well at reintroducing Black Bolt to old and new readers. The story itself is more of a mystery-esque sci-fi book in my opinion. We want to find out who this Jailer is, we want to know what exactly is happening, why on Attilan is Creel there?

Marvel have really done a really good job at hiring this creative team Saladin is a really great writer, and quite frankly I’ve been waiting for Christian Ward to get onto a Marvel book properly (not just covers) since I first saw his art last year.

If Saladin wanted to generate some intrigue and mystery around his book, he’s done it. I’m subscribed to the series – I have been for some months in preparation. But honestly, it’s so worth picking up.

My Lockjaw rating? 4/5 Lockjaws, whilst it’s not perfect, it’s an amazing start and I absolutely cannot wait until #2.